A seven part poem which narrates the encounter of a person with the city, starting from the memories of the country from a year before and ending with a salute to the city.

Wilde’s first published collection of poems was well received and served as a springboard for his 1882 United States lecture tour.

A collection of short stories for children which contains five stories: “The Happy Prince”, “The Nightingale and the Rose”, “The Selfish Giant”, “The Devoted Friend”, and “The Remarkable Rocket”.

Wilde presents the essay in a Socratic dialogue, with the characters of Vivian and Cyril having a conversation throughout. The conversation, although playful and whimsical, promotes Wilde’s view of Romanticism over Realism.

Wilde’s only full lenght novel, which brought critical scrutiny in his time, but endured to become a classic work of fiction, and an icon in the author’s cannon of literary works. 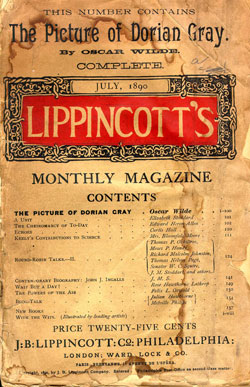 A collection of short semi-comic mystery stories. It includes: ″Lord Arthur Savile’s Crime″, ″The Canterville Ghost″, ″The Sphinx Without a Secret″, and ″The Model Millionaire″. 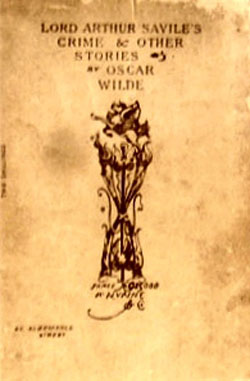 A collection of essays which features a revised version of the previously published “The Decay of Lying”.

A play which tells the Biblical story of Salome, stepdaughter of the tetrarch Herod Antipas, who requests the head of Jokanaan (John the Baptist) on a silver platter as a reward for dancing the dance of the seven veils. 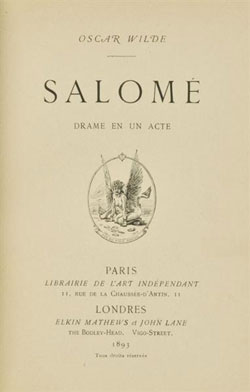 A collection of fairy tales that was published as a second collection for “The Happy Prince and Other Tales”. It includes “The Young King”, “The Birthday of the Infanta”, “The Fisherman and his Soul”, and “The Star-Child”.

A four-act comedy first produced 22 February 1892 at the St James’s Theatre in London. Like many of Wilde’s comedies, it bitingly satirizes the morals of society.

A play which premièred on 19 April 1893 at London’s Haymarket Theatre. Like Wilde’s other society plays, it satirizes English upper class society.

A five-act melodramatic tragedy set in Padua and written in blank verse. Its first performance was at the Broadway Theatre in New York under the title “Guido Ferranti” on 26 January 1891. 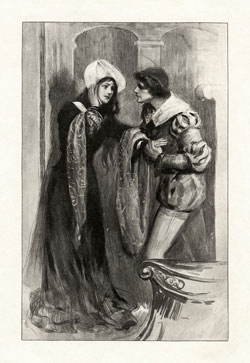 This poem tells of the Sphinx’s thousand weary centuries of history. It is one of the earliest incidences of Wilde alluding to his secret sexual life. 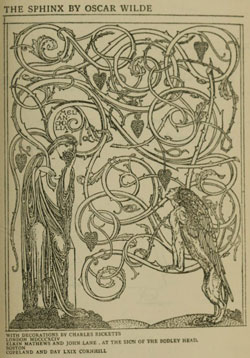 A comedic stage play which revolves around blackmail and political corruption, and touches on the themes of public and private honour. 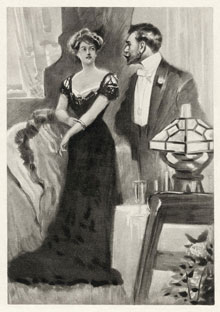 A farcical comedy in which the protagonists maintain fictitious personae to escape burdensome social obligations. Working within the social conventions of late Victorian London, the play’s major themes are the triviality with which it treats institutions as serious as marriage, and the resulting satire of Victorian ways. 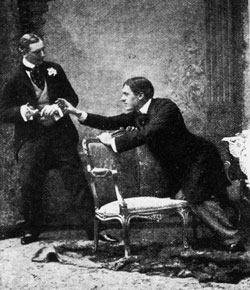 A Letter
In its first half Wilde recounts a previous relationship and extravagant lifestyle which eventually led to Wilde’s conviction and imprisonment for gross indecency. In the second half, Wilde charts his spiritual development in prison and identification with Jesus Christ, whom he characterises as a romantic, individualist artist. Wilde entrusted the manuscript to the journalist Robert Ross. Ross published the letter in 1905, five years after Wilde’s death, giving it the title “De Profundis” from Psalm 130.

Written in exile either in Berneval-le-Grand or in Dieppe, France, after his release from Reading Gaol (pronounced “redding jail”) on 19 May 1897. Wilde had been incarcerated in Reading after being convicted of homosexual offences in 1895 and sentenced to two years’ hard labour in prison.