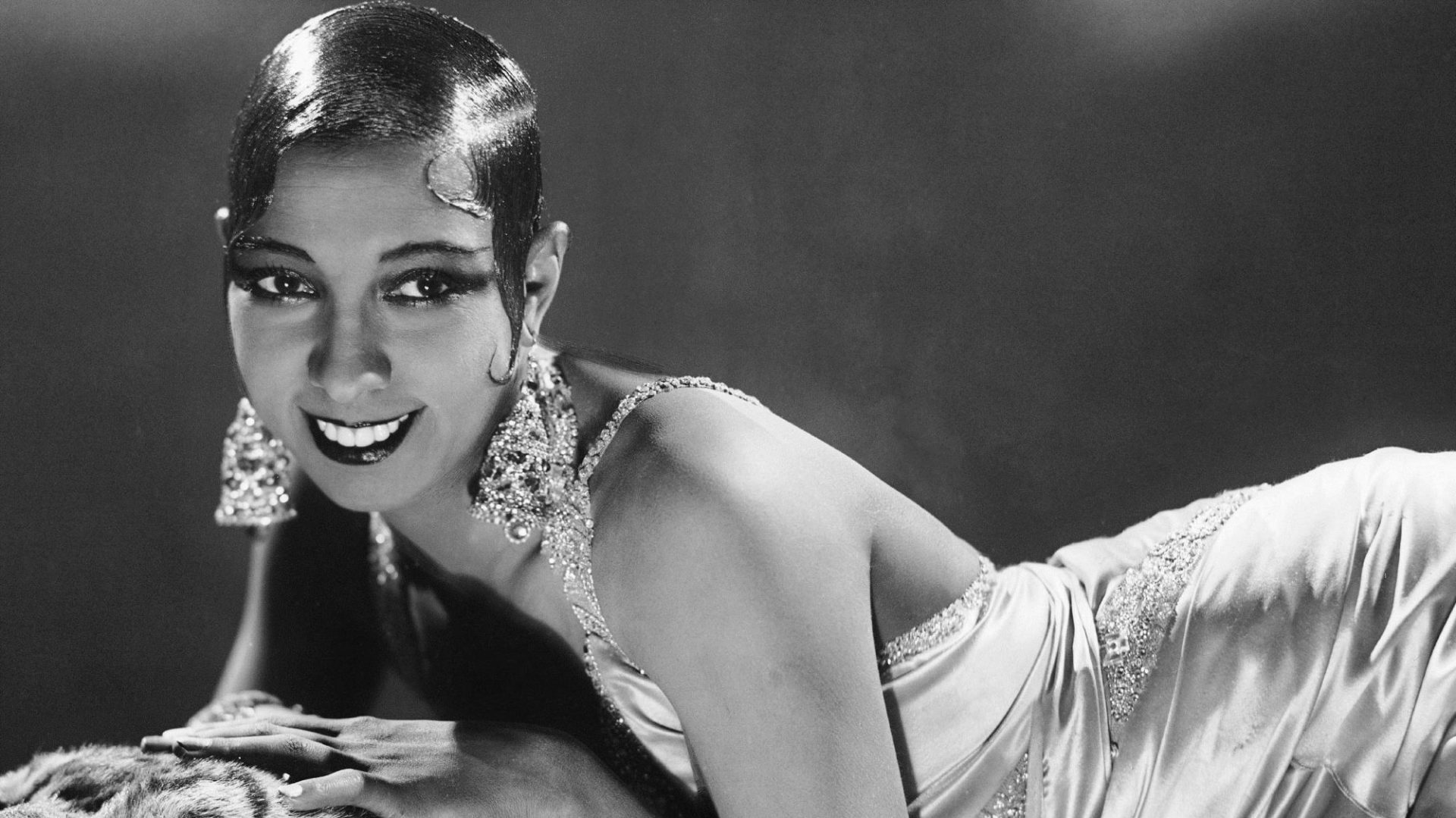 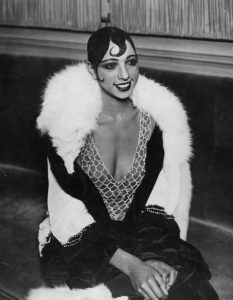 She was born Freda Josephine McDonald in St. Louis, Missouri, on June 3, 1906 to washerwoman Carrie McDonald and vaudeville drummer Eddie Carson. Eddie abandoned them shortly afterward, and Carrie married a kind but perpetually unemployed man named Arthur Martin. Their family eventually grew to include a son and two more daughters.

Josephine grew up cleaning houses and babysitting for wealthy white families who reminded her “be sure not to kiss the baby.” She got a job waitressing at The Old Chauffeur’s Club when she was 13 years old. While waiting tables she met and had a brief marriage to Willie Wells. While it was unusual for a woman during her era, Josephine never depended on a man for financial support. Therefore, she never hesitated to leave when a relationship soured. She was married and divorced three more times: to American Willie Baker in 1921 (whose last name she chose to keep), Frenchman Jean Lion in 1937 (from whom she attained French citizenship), and French orchestra leader Jo Bouillon in 1947 (who helped to raise her 12 adopted children).

Josephine toured the United States with The Jones Family Band and The Dixie Steppers in 1919, performing various comical skits. When the troupes split, she tried to advance as a chorus girl for The Dixie Steppers in Sissle and Blake’s production Shuffle Along. She was rejected because she was “too skinny and too dark.” Undeterred, she learned the chorus line’s routines while working as a dresser. Thus, Josephine was the obvious replacement when a dancer left. Onstage, she rolled her eyes and purposely acted clumsy. The audience loved her comedic touch, and Josephine was a box office draw for the rest of the show’s run.

Her career thrived in the integrated Paris society; when La Revue Nègreclosed, Josephine starred in La Folie du Jour at the Follies-Bergère Theater. Her jaw-dropping performance, including a costume of 16 bananas strung into a skirt, cemented her celebrity status. Josephine rivaled Gloria Swanson and Mary Pickford as the most photographed woman in the world, and by 1927, she earned more than any entertainer in Europe. She starred in two movies in the early 1930s, Zou-Zou and Princesse Tam-Tam, and moved her family from St. Louis to Les Milandes, her estate in Castelnaud-Fayrac, France.

A 1936 return to the United States to star in the Ziegfeld Follies proved disastrous, despite the fact that she was a major celebrity in Europe. American audiences rejected the idea of a black woman with so much sophistication and power, newspaper reviews were equally cruel (The New York Times called her a “Negro wench”), and Josephine returned to Europe heartbroken.
Josephine served France during World War II in several ways. She performed for the troops and was an honorable correspondent for the French Resistance (undercover work included smuggling secret messages written on her music sheets) and a sub-lieutenant in the Women’s Auxiliary Air Force. She was later awarded the Medal of the Resistance with Rosette and named a Chevalier of the Legion of Honor by the French government for hard work and dedication.

Josephine visited the United States during the ‘50s and ‘60s with renewed vigor to fight racism. When New York’s popular Stork Club refused her service, she engaged a head-on media battle with pro-segregation columnist Walter Winchell. The National Association for the Advancement of Colored People (NAACP) named May 20 Josephine Baker Day in honor of her efforts.
It was also during this time that she began adopting children, forming a family she often referred to as “The Rainbow Tribe.” Josephine wanted her to prove that “children of different ethnicities and religions could still be brothers.” She often took the children with her cross-country, and when they were at Les Milandes, tours were arranged so visitors could walk the grounds and see how natural and happy the children in “The Rainbow Tribe” were.

Josephine continued to travel to the United States, and during her visits, she developed a close friendship with American artist Robert Brady. Now divorced from her fourth husband Jo Bouillon, she was looking for companionship on a more platonic level. Brady felt the same, and on a trip to Acapulco, Mexico in September 1973 they went to an empty church and exchanged marriage vows. Though no clergy was present, and they were never legally joined, it was an important personal bond that she and Brady maintained the rest of her life. Josephine told very few people about the pseudo marriage, fearing the press would ridicule it.

Josephine agreed to perform at New York’s Carnegie Hall that same year. Due to previous experience, she was nervous about how the audience and critics would receive her. This time, however, cultural and racial growth was evident. Josephine received a standing ovation before the concert even began. The enthusiastic welcome was so touching that she wept onstage.

On April 8, 1975, Josephine premiered at the Bobino Theater in Paris. Celebrities such as Princess Grace of Monaco and Sophia Loren were in attendance to see 68-year-old Josephine perform a medley of routines from her 50 year career. The reviews were among her best ever. Days later, however, Josephine slipped into a coma. She died from a cerebral hemorrhage at 5 a.m. on April 12.

More than 20,000 people crowded the streets of Paris to watch the funeral procession on its way to the Church of the Madeleine. The French government honored her with a 21-gun salute, making Josephine Baker the first American woman buried in France with military honors. Her gravesite is in the Cimetiére de Monaco, Monaco.

Josephine Baker has continued to intrigue and inspire people throughout the world. In 1991, HBO released The Josephine Baker Story. The film garnered five Emmy Awards. The film also won one of the three Golden Globes the film was nominated for that season.

Under license to Sagoo.