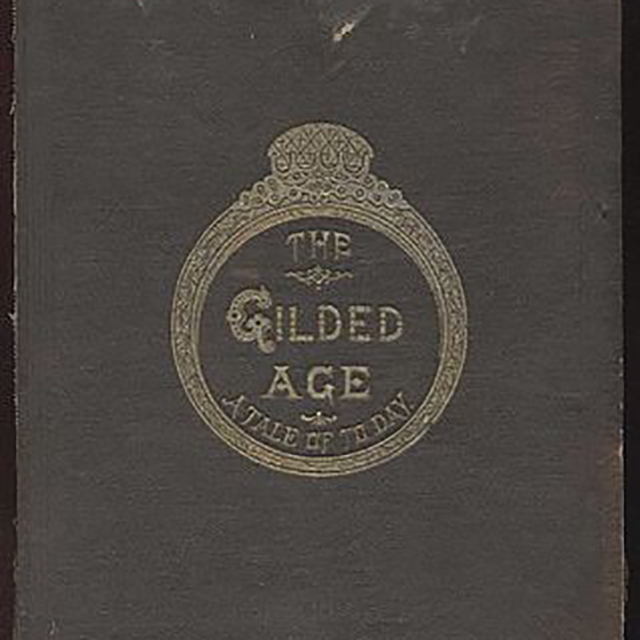 The Gilded Age: A Tale of Today is a novel by Mark Twain and Charles Dudley Warner first published in 1873. It satirizes greed and political corruption in post–Civil War America in the era now referred to as the Gilded Age. Although not one of Twain’s best-known works, it has appeared in more than one hundred editions since its original publication. Twain and Warner originally had planned to issue the novel with illustrations by Thomas Nast. The book is remarkable for two reasons–-it is the only novel Twain wrote with a collaborator, and its title very quickly became synonymous with graft, materialism, and corruption in public life.