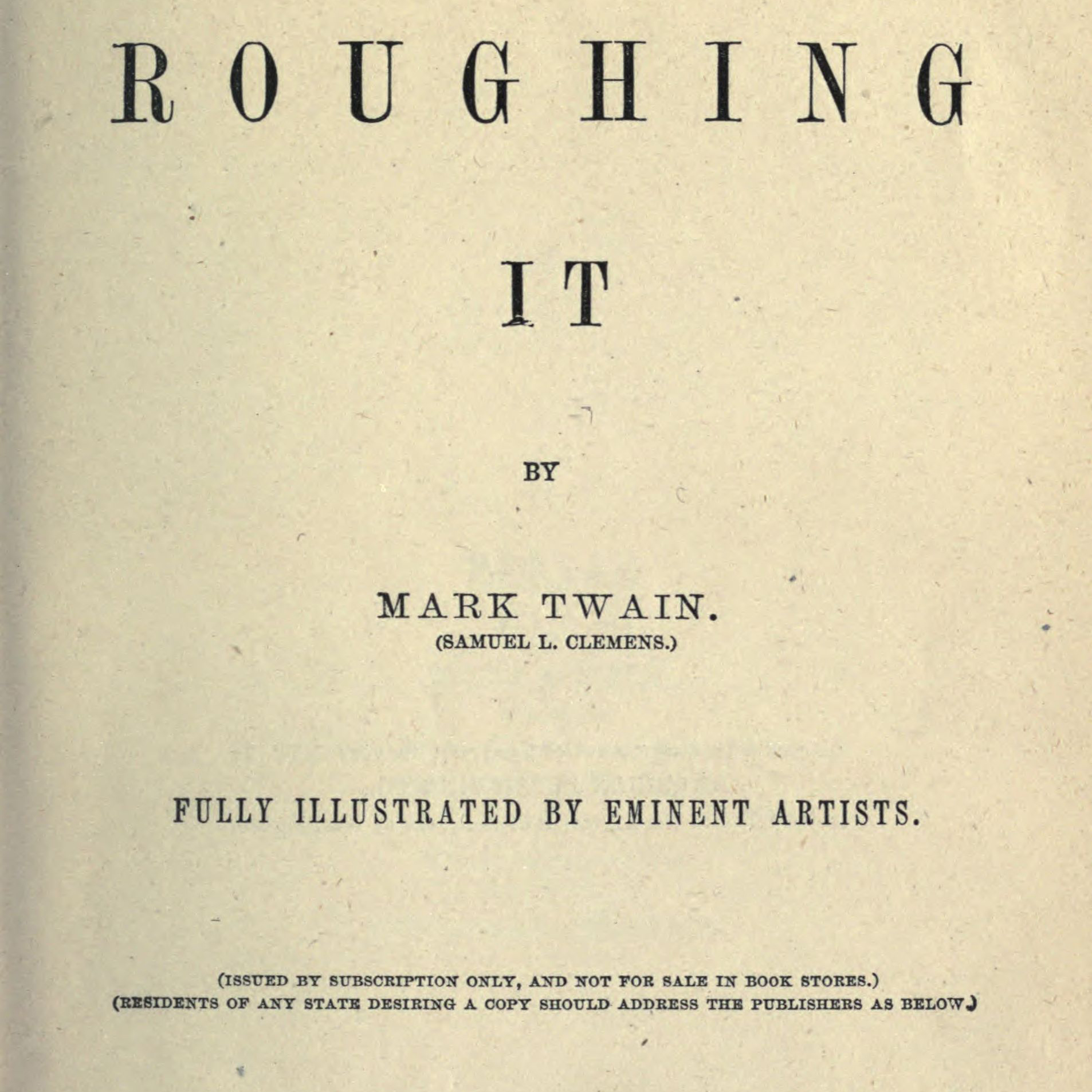 Roughing It is a book of semi-autobiographical travel literature by Mark Twain. It was written in 1870–71 and published in 1872, as a prequel to his first book The Innocents Abroad (1869).

The book follows the travels of young Mark Twain through the Wild West during the years 1861–1867. After a brief stint as a Confederate cavalry militiaman (not included in the account), he joined his brother Orion Clemens, who had been appointed Secretary of the Nevada Territory, on a stagecoach journey west. Twain consulted his brother’s diary to refresh his memory and borrowed heavily from his active imagination for many stories in the book.