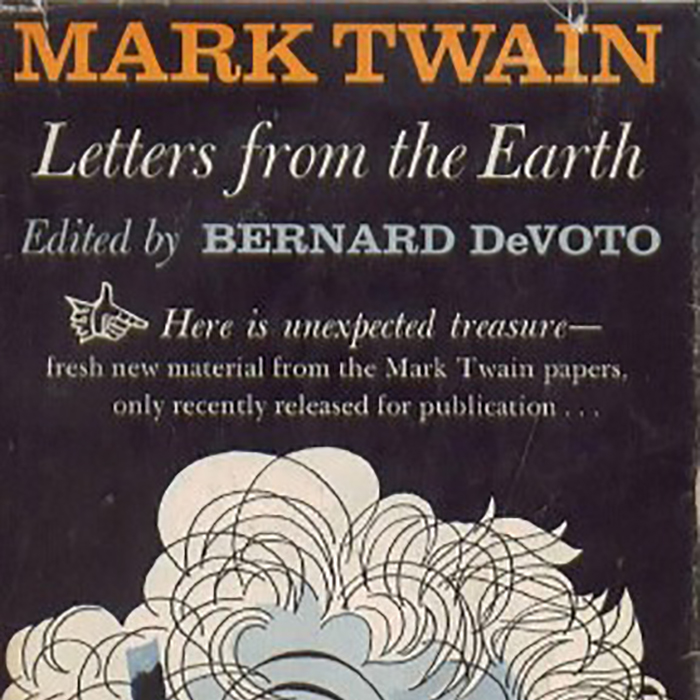 Letters from the Earth is a posthumously published work of celebrated American author Mark Twain (1835–1910). It comprises essays written during a difficult time in Twain’s life (1904-09), when he was deeply in debt and had recently lost his wife and one of his daughters. The content concerns morality and religion and strikes a sarcastic — Twain’s own term throughout the book — tone. Initially, another of his daughters, Clara Clemens, objected to its publication in March 1939, probably because of its controversial and iconoclastic views on religion, claiming it presented a “distorted” view of her father. Henry Nash Smith helped change her position in 1960. Clara explained her change of heart in 1962 saying that “Mark Twain belonged to the world” and that public opinion had become more tolerant. She was also influenced to release the papers by her annoyance with Soviet reports that her father’s ideas were being suppressed in the United States. The papers were selected, edited and sequenced for the book in 1939 by Bernard DeVoto.