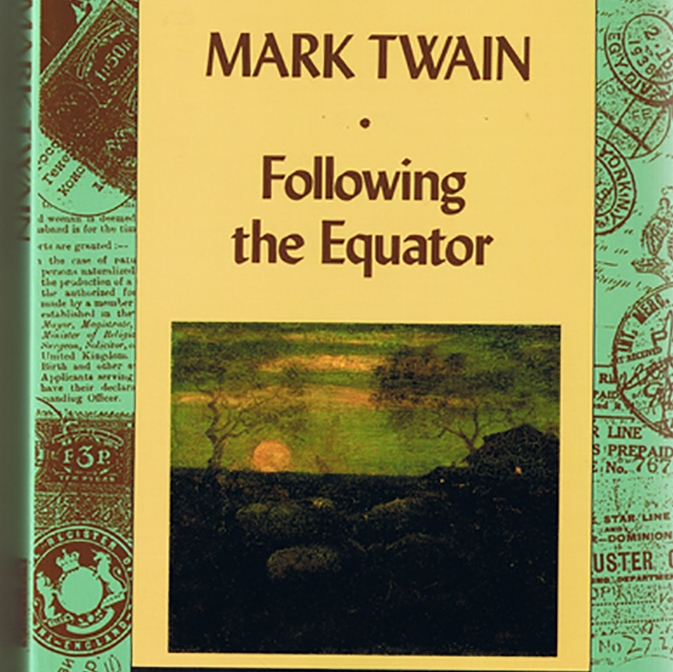 Following the Equator, a global travelogue in the Twain style, declares his war on imperialism at home and abroad. On a lecture tour between 1895 and 1896, Twain travels the world, both to cut into his debt-ridden finances and to generate material for his next book. In Australia, New Zealand, India, and South Africa, he finds oppression, superstition, racial animus, and sheer ignorance. For all his critiques of foreign cultures and customs, he was just as leery, at the dawn of the American century, of our own presumption in exporting our values to “lesser” peoples.