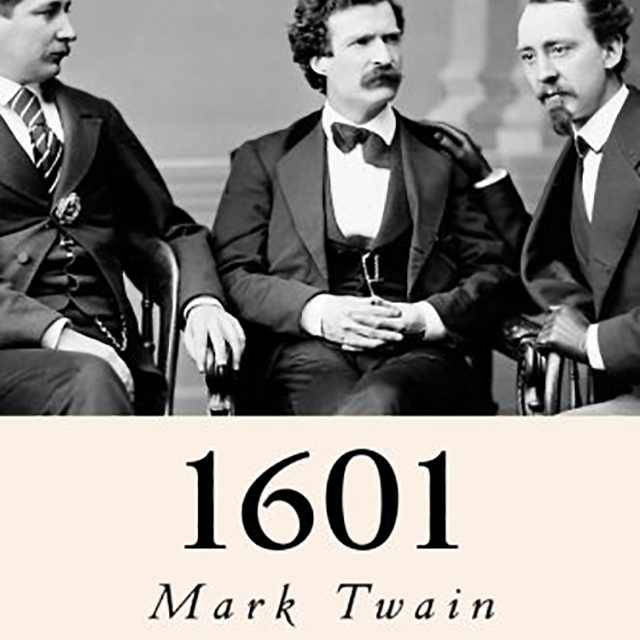 Conversation, as it was by the Social Fireside, in the Time of the Tudors. or simply 1601 is the title of a short risqué squib by Mark Twain, first published anonymously in 1880, and finally acknowledged by the author in 1906.

Written as an extract from the diary of one of Queen Elizabeth I’s ladies-in-waiting, the pamphlet purports to record a conversation between Elizabeth and several famous writers of the day. The topics discussed are entirely scatological, notably flatulence and sex.

1601 was, according to Edward Wagenknecht, “the most famous piece of pornography in American literature.”[1] However, it was more ribaldry than pornography; its content was more in the nature of irreverent and vulgar comedic shock than obscenity for sexual arousal.

Prior to the court decisions in the United States in 1959-1966 that legalized the publication of Lady Chatterley’s Lover, Tropic of Cancer, and Fanny Hill, the piece continued to be considered unprintable, and was circulated clandestinely in privately printed limited editions.